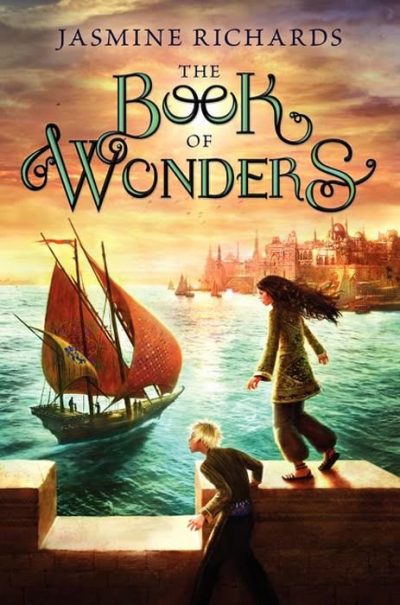 Thirteen-year-old Zardi loves to hear stories about fantastical beings long banned from the kingdom of Arribitha. But anyone who is caught whispering of their powers will feel the rage of the sultan—a terrifying tyrant who, even with his eyes closed, can see all.

When her own beloved sister is captured by the evil ruler, Zardi knows that she must risk everything to rescue her. Along with Rhidan, who is her best friend, and an unlikely crew of sailors led by the infamous Captain Sinbad, Zardi ventures forth into strange and wondrous territory with a seemingly impossible mission: to bring magic back to Arribitha and defeat the sultan once and for all.

This beautifully written tale will have readers rapidly turning pages and begging for more. Magic, mystery, and friendship. It’s an exceptional start to what I’m sure will be an outstanding series. Young readers will adore the adventure. Older readers will appreciate the ingenious ties to Scheherazade and ONE THOUSAND AND ONE NIGHTS. – S. Grant 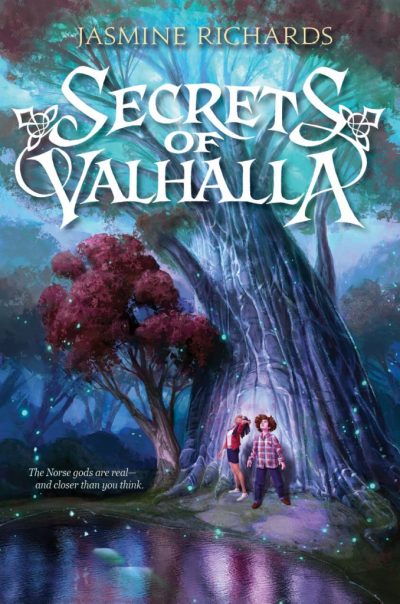 Two friends awaken a world of myth and magic in this epic middle grade fantasy perfect for fans of Rick Riordan and Anne Ursu.

It’s not every day that you find a famous weatherwoman bound by magic to a tree deep in the woods. Or discover that the weatherwoman is in fact Sunna, the Norse Goddess of the Sun, and one of the seven day guardians who keep time in order. But that’s just what happens to new friends Buzz and Mary—and it’s only the start of their adventure.

Now, as the people of Earth are forced to repeat the same Saturday over and over again, Buzz and Mary must journey to collect the Runes of Valhalla and awaken the other day guardians, before vengeful god Loki can get to them first.

“Readers will clamor for more, especially those who loved Rick Riordan’s Norse-themed The Sword of Summer.” –ALA Booklist 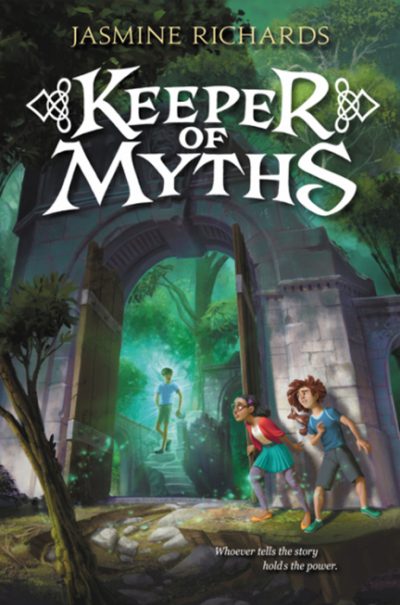 Magic and myth collide in this fast-paced middle-grade fantasy, a sequel to the adventure Booklist said will make readers “clamor for more, especially those who loved Rick Riordan’s Norse-themed The Sword of Summer.”

Ever since Buzz and his friend Mary returned from their quest to save the Runes of Valhalla, Buzz has been wishing something more exciting would happen in his sleepy town of Crowmarsh.

Buzz’s wish is about to come true. Strange people are arriving in Crowmarsh, and it turns out that these visitors aren’t people at all—they’re mythological gods! They’ve come to kidnap Buzz’s best friend, Sam, whose newfound power makes him the key to granting the wishes of the gods.

When the gods kidnap Sam, Buzz and Mary must set off on a dangerous adventure to find a mysterious being known as the Keeper of the Myths. Only the Keeper is strong enough to help them save Sam, unlock their own powers, and banish the gods back to their realms—before it’s too late. 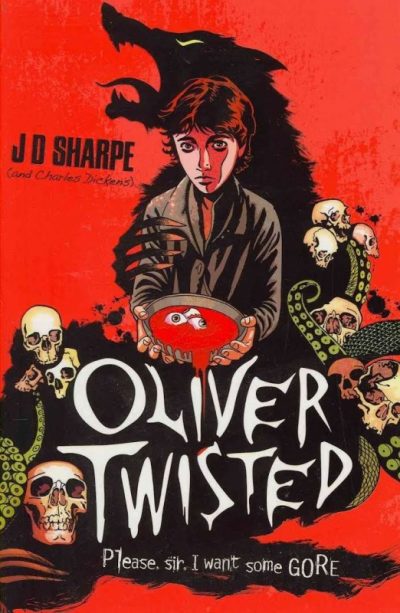 Mash up Charles Dickens’s Oliver Twist with a teen horror story and what do you get? Oliver Twisted.

“FLESH,” the woe-begotten moaned at Oliver, baring teeth which were ragged and black. “FLESH” came another moan, and he turned to see two more behind. They began to shuffle towards him, barefoot. The world according to Oliver Twisted is simple. Vampyres feed on the defenceless, orphans are sacrificed to hungry gods and if a woe-begotten catches your scent it will hunt you forever. On the advice of a corpse, Oliver flees his ghastly orphan life to seek his destiny in the dark streets of old London Town, despite the perils of the woe-begotten zombie-infested journey. There he meets the shadowy Dodger, the evil old soul-stealer Fagin, and the menacing Bill Sikes, who is more beast than man. But will Oliver Twisted be the world’s salvation, or its downfall?!

Like your books for teens to be edge-of-your-seat thrillers with a dollop of literary heritage? Oliver Twisted is the young adult horror mash-up for you.